The “Insanity Of Addiction”

Just about anyone in long-term recovery has a story that we look back on, roll our eyes, chuckle, and use as a gauge of how chaotic things were in addiction.  It may not have seemed funny at the time, but finding humor in my recovery is important to me.  Here is an anecdote that I look back on and laugh.  It is also an excerpt from my book, The Addicted Lawyer.

Despite my hangover, June 7, 2006, was a good day. An all-night cocaine-and-Jack Daniels rager was not going to dampen my excitement for my older brother. Mark had purchased an NBA team six years earlier — the Dallas Mavericks. Now, for the first time, the Mavs were going for the championship, playing against the Miami Heat the next day, June 8. Excitement within the city of Dallas reached an all-time high. The Mavs had improved significantly under Mark’s ownership, going from the laughing stock of the league to making the playoffs in each full season since he had taken over. A championship series, however, was uncharted territory.

For the 2006 NBA Finals, I planned to be sitting in a suite Mark provided for family and friends with my new girlfriend of fewer than four months. I also had the opportunity to obtain hard-to-get tickets for friends in first-level seats just off the floor. I purchased two for game one of the championship series and considered giving them to a good friend and his wife. I also thought about selling them on eBay for drug and alcohol money. Ultimately, I decided that scalping the tickets would be disrespectful to Mark and the team.

Then I picked up the phone. My call was not to my friend and his wife. The call was to my cocaine dealer. Hey, he was like a friend, I reasoned. I’d trade the two tickets to him for as much cocaine as I could get at scalpers’ prices. Selling them on eBay was disrespectful in my mind, but trading them to my drug dealer “friend” was perfectly acceptable.

My dealer, eager to see the team play in their first championship series in team history, showed up at my door in record time. I handed him the two coveted tickets, and he handed me one thousand dollars in “chunked” cocaine in a Ziploc baggy. It was more than enough to send me to prison, but that thought never entered my mind. I used my handy mini kitchen strainer (a tool with which regular cocaine users are intimately familiar) to grind up the cocaine on my desk into a large pile of fine powder. I leaned back in my chair and stared at the volcano-shaped mound for a few moments feeling like Al Pacino’s character Tony Montana in Scarface.

As I contemplated the cocaine kingdom in front of me, I heard cars pulling up outside, men shouting, and spotted the flashing blue and red lights of a Dallas Police Department cruiser. Maybe the DEA? A SWAT raid? I pulled out my phone, frantically searching for the name of the criminal lawyer who handled my DWI 15 years earlier. I wondered how I’d explain my arrest to my family. I saw my legal career over. My name splashed over the Dallas Morning News — “Mark Cuban’s Attorney Brother Nabbed In Drug Raid!”

Then I thought of the disbarment proceedings I’d face, and the humiliation of the State Bar of Texas taking my law license and publishing my name for all to see in the Texas Bar Journal. At the time, I was working as of-counsel for a personal injury plaintiffs’ law firm. My career was hardly distinguished, and the threat of public humiliation made me more anxious than the threat of loss of livelihood. How would I tell my father that his son was a failure and the antithesis of every value he had tried to instill in his children?

I ran to the window, heart rate doubled in panic, and cautiously pulled the slits of the blinds apart as only a paranoid, beady-eyed, alcohol- and cocaine-addled person can. Then I scoured every inch of the front yard for black-clad agents crawling through the grass. I ran to another window and surveyed the backyard. Nothing was visible. Still, I braced myself for the SWAT team that any moment might swing down from ropes dangling from copters and smash my windows, just like the ending scene from the great Chevy Chase movie Christmas Vacation. But there were no cars. No police. No helicopters. Just the quiet of the night, and the soft breathing of my dog sleeping in the corner. Outside the flashbulb bursts of fireflies pierced the darkness, and inside I was alone with the ringing paranoia of addiction.

I’m safe, but only for the moment. I was drenched in sweat. Measures had to be taken — I couldn’t expose myself to danger like that again. My heart couldn’t take it. So I hid my cocaine. Then I got in my car and headed to Home Depot, where I picked up several electrical outlet faceplates, screws, a saw, and a drill. Back home, I went around to three different closets around my house and cut through the drywall. I put equal amounts of cocaine in separate Ziploc baggies, placed each behind the drywall, and covered the hole with an outlet faceplate. This would not only hide it from prying eyes, but portion it out so I would not “blow” through it all in one night out on the town or alone by myself in my bedroom, as was often the case when I used cocaine.

In my mind, I was logical and brilliant. My law degree had finally paid off. As if the police, DEA, and drug dogs had never encountered that method of concealment before.

Before I packed away my windfall, I (of course) had to sample the wares. Snort snort. Heartbeat quickened. Blood pressure rose. I experienced a terrible feeling for a moment, as if I might have a heart attack or just pass out and never wake up. The panic drove my heart even faster. This feeling of dread, morphing quickly into deep depression, was a reaction I was having more and more often when I used coke. It wasn’t anything like the high I started chasing 20 years before. Instead, I was overcome by instant shame, instant regret. I knew that I’d continue to snort through the baggies of cocaine non-stop until I finally found the high needed to walk out the door and face the world. I panicked at that thought.

After a few paralyzed moments, I made a decision. I first took a couple of swigs out of a bottle of Jack Daniels to calm my heart down, as I’d done so many times before with a bad high. I then went back to each of the fake electrical outlets and gathered up all the cocaine I’d just hidden and put it back into one baggie. Then I ran to the bathroom and, without hesitation, flushed my nearly one thousand dollars of cocaine down the toilet. There was a sudden sense of relief. Maybe I can control this, I thought.

The next night, the Mavs took game one. I was agitated and angry with myself as I sat in the suite with family watching the action. My mind was not on the great game being played on the basketball court, but on the cocaine I had flushed down the toilet. I could be in the arena bathroom doing multiple bumps, but had to settle for Diet Coke instead.

By the next day, the guilt and paranoia of the massive cocaine flush was completely behind me. The next high will be different, I thought. Why did I flush all that blow down the toilet? I’m an idiot! That blow would’ve lasted me a week! I called my drug dealer. Two more tickets traded for more cocaine. Baggies behind the electrical outlets, a bad high, paranoia, panic all over again. Another flush. Deja vu. The insanity of addiction. The Mavs won those first two games, but would ultimately lose the championship series to the Heat. I was in the process of losing much more until I went into recovery in 2007.   On a side note, I read that when Dallas flushes, it ends up in Houston, so some people down there may have felt an extra bounce in their step those two nights.

You can also  watch me tell this story at a conference. 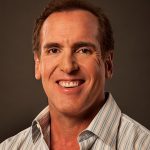 Brian Cuban (@bcuban) is The Addicted Lawyer. A graduate of the University of Pittsburgh School of Law, he somehow made it through as an alcoholic then added cocaine to his résumé as a practicing attorney. He went into recovery April 8, 2007. He left the practice of law and now writes and speaks on recovery topics, not only for the legal profession, but on recovery in general. He can be reached at brian@addictedlawyer.com.

Sobriety at 62, Some thoughts.

Talking about depression: It’s okay to be wrong!

The life of cocaine paranoia

My onramp to cocaine addiction